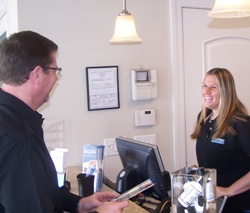 The demand for affordable spa services is booming… This powerhouse team is ready to seize it.