Magazine honors franchiser SeekingSitters
by: LAURIE WINSLOW World Staff Writer 3/11/2008
SeekingSitters, a Tulsa-based baby-sitter referral service, is among several enterprises that Working Mother magazine has named to its 2008 list of Best Women-Owned Companies.
“We’re a working mother-founded company, and that’s of big importance for us. As we grow, all of our franchises are owned by working mothers,” said Adrienne Kallweit, the company’s owner and founder.
Many of the company’s sitters are moms as well.
The business, which Kallweit owns with her husband, David, was founded in 2004 and started franchising in 2006.
Last year, it won first place in the Tulsa Entrepreneurial Spirit Award Business Plan competition, which included a $25,000 prize, office space for a year and support from the SpiritBank Business Resource Center Strategic Partner Network.
The SeekingSitters Franchise System employs six people in its Tulsa franchise office and has more than 100 sitters working in the Tulsa area. It also has 13 franchises in other states, and two more are set to open next month.
“This has been a great recognition as far as representing what our company was founded on,” Kallweit said. “It’s always been important for me to make sure other working moms can have flexibility in their schedule so they are able to have a career and still make their family a priority.”
According to a recent “American Express/Count Me In” survey, 65 percent of female entrepreneurs building million-dollar businesses are also mothers. 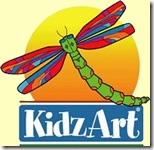